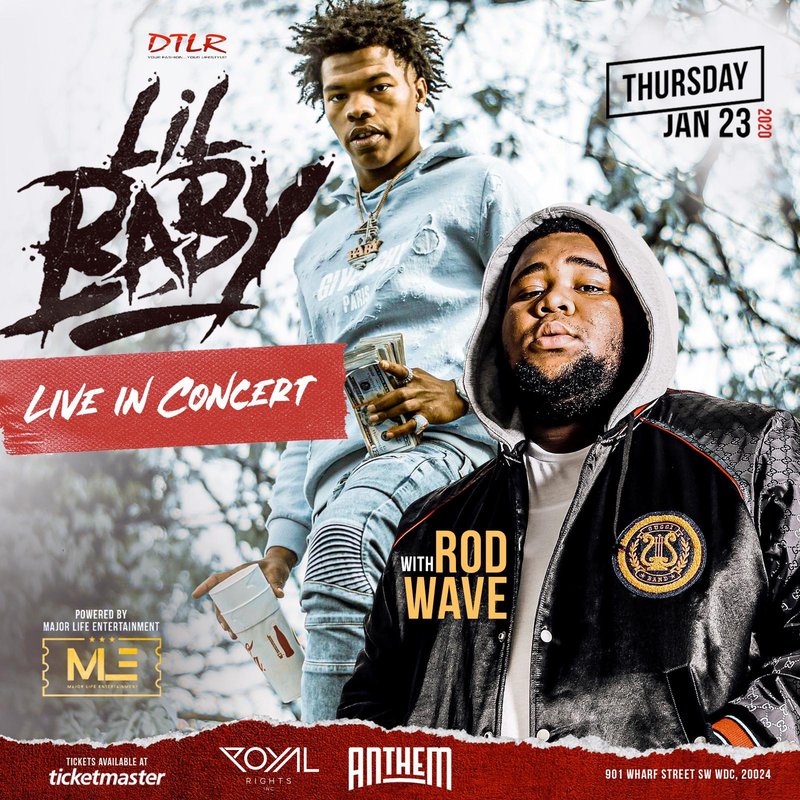 Rapper Lil Baby and Rod Waves had a spectacular performance at The Anthem in Washington DC on 23rd of January 2020. At only 25, rapper Lil Baby is one of the most popular and successful musicians alive. Confident and charismatic, he became a sensation for dropping hit after hit. The Grammy-nominated Atlanta rapper started his career only three years ago with a mixtape called Perfect Timing.

Since 2017, Lil Baby has dropped two albums and six mixtapes, his latest one, My Turn remains the only album to go double platinum this year. Upon its release in February, it quickly hit No. 1 on the Billboard 200 where it spent five weeks at the top. Almost every song from the album has charted on the Hot 100.

The artist has performed alongside huge stars like Drake, DaBaby and Travis Scott and collaborated with other major names in the industry. Back in April, he was featured in Rod Wave’s single “Rags2Riches” as part of his second studio album Pray 4 Love. The track is considered Rod Wave’s biggest hit to date due to the heavy success it has seen on the charts. It depicts emotional imagery and lyrics describing their lives before and after their success.

With a focus on promoting through online influencers to reach key demographics, the campaign saw over 40 high-impact influencers to share content about the upcoming concert, increasing engagement across countless followers. Below are some photos of Lil Baby and Rod Wave performing at The Anthem (Photos courtesy of AJ Waugh @Waufflez – wauffleznotwaffles.com).